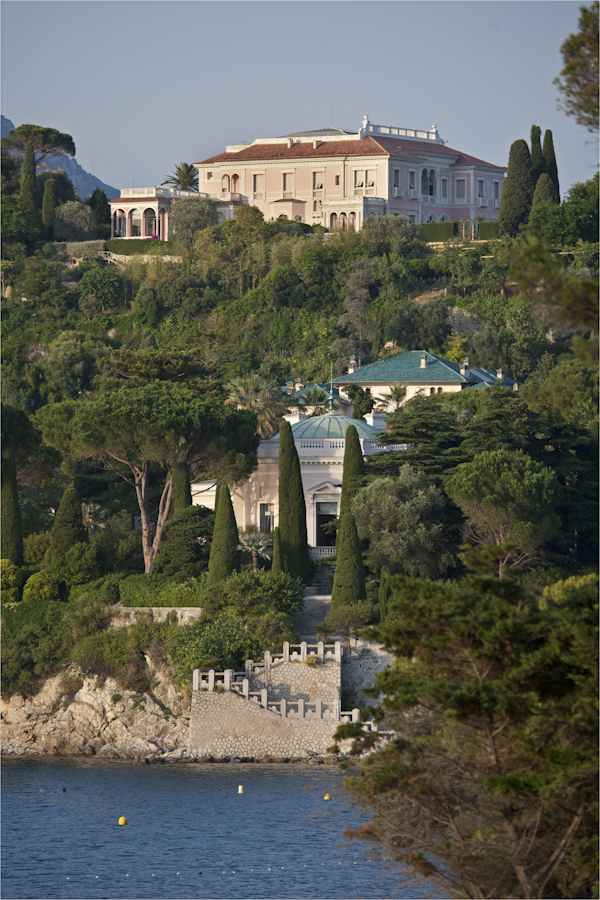 The first villas sprang up along the seafront that connects the peninsula to the neighbouring town of Beaulieu-sur-Mer (currently the Promenade Maurice Rouvier). One of the oldest is the villa originally known as "Lo Scoglietto" (today known as the "Fleur du Cap") which has counted Charlie Chaplin and David Niven among its guests, with the latter going on to become its owner.

King Leopold II of Belgium began acquiring land on the Cap from 1889, within a few years becoming the owner of over 50 hectares of the western side of the peninsula. Firstly, he bought a small villa near the Passable district (now the "Iberia" villa), boasting its own private harbour. But his best acquisition was undoubtedly the villa "Les Cèdres", which he had extended. It was to be host to big names such as the Grand Duke Peter of Russia, Lord Salisbury and Prince Charles, heir to the Swedish and Norwegian thrones. Within the grounds of this property, he had a villa built (now the Villa "Radiana") to house his mistress, Baroness of Vaughan. He was also responsible for building three other villas, "Boma", "Matadi" and "Banana", named after three villages located along the river Congo.

A circular villa called « La Vigie » was built by Emile Crozet-Fourneyron, a Lyon industrialist, on the site of some old grain mills.This magnificent property, overlooking the village, enjoys a superb view, extending from the Cap d'Antibes peninsula to the Italian coast.
The neighbouring villa, called « Maryland », is just as spectacular, with its magnificent cloistered patio and rooftop terrace supported by red marble columns. It was built at the request of Englishman Arthur Wilson. Wilson was a personal friend of Edward VII and hosted lavish receptions for British expats based in the French Riviera.

The American artist Ralph Curtis built a grand Italian-style residence, topped with green, varnished roof tiles, that he named after his daughter, Sylvia. During the 50s, the villa was bought by His Excellence Ilhamy Hussein Pacha, who renamed it "Baia dei Fiori".

« Château Saint-Jean », built at the behest of Italian-German banker, Carlo Wedekind, is a splendid Venetian neo-Gothic style property, set in one hectare grounds with a private harbour and boat shed. The property which was originally called « Château Wedekind » was purchased a few years later by the Hungarian princess, Vilma Lwoff-Parlaghy who renamed it « Château Saint-Jean ». Instead of a bathtub, the bathroom housed a kind of swimming pool, 1.6 metres deep and 3 metres wide, something that was considered particularly unusual at that time.
Further along, on the pointe Saint-Hospice headland, is a vast 22 hectare estate, built by the Countess of Beauchamp, which she called “La Fiorentina”. She sold the property to Sir Edmund Davis, a South African diamond mine magnate, who was responsible for creating most of the tourist path that runs around this small peninsula. Successive owners have altered the appearance of the villa, but although its grounds are now reduced to some 3 hectares, it remains one of the French Riviera's most beautiful properties.

Villa "Les Bruyères" was bought after the first world war by Queen Victoria's son, the Duke of Connaught, who kept it until 1942. The British writer, Somerset Maugham, acquired Villa "La Mauresque” during the inter war period, and lived there for many years until his death in 1965. He planted many species of fruit trees in the 4 hectare grounds, including the first avocado trees in Europe. At the height of his success between the two world wars, he hosted many prestigious guests such as the Duke and Duchess of Windsor, Winston Churchill, Harpo Marx, Lord Beaverbrook and the Aga Khan. 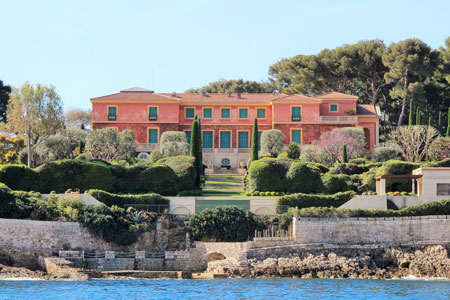