Accueil » What to see, what to do » Walking trails
The headland of Saint-Jean-Cap-Ferrat is a peaceful haven. Its walking trails which run along the seaside for 12 kilometers are a great way to discover the coast. 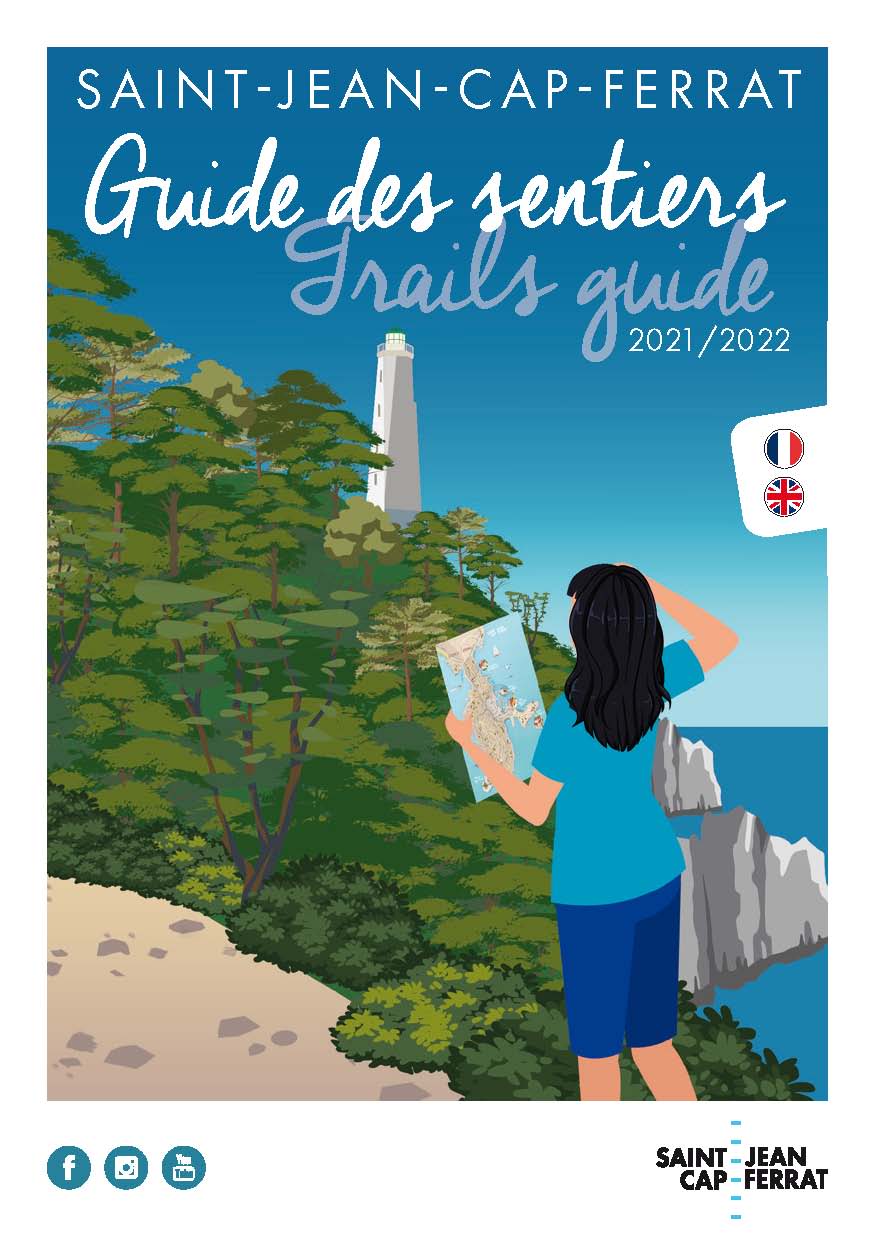 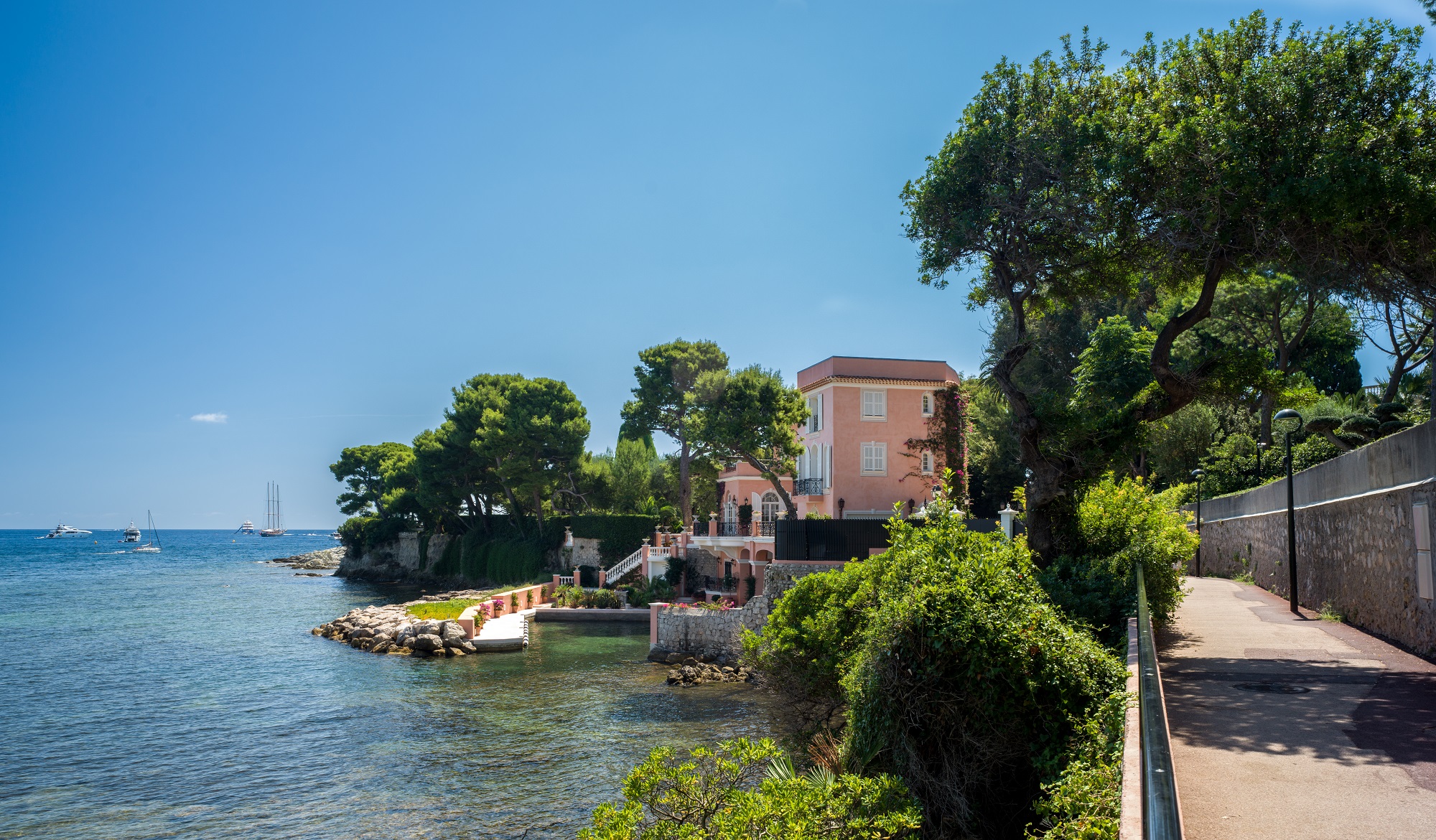 The trail begins with a magnificent view of Saint-Jean-Cap-Ferrat, Cros deï Pin beach and the Pointe Saint-Hospice headland. Once past pointe Fontettes headland, you’ll catch sight of some rocks of from pointe Rompa Talon. On your right, on the cliff tops, you will be able to see the picturesque villages of La Turbie and Eze while, below, the town of Cap d'Ail extends along the coastline. The last visible headland on the horizon is Italy.
You will arrive at place David Niven named after the great actor who loved Saint-Jean-Cap- Ferrat right up until his death. The Villa Ephrussi de Rothschild can be reached by taking the small path to the left. The path continues along the baie des Fourmis with the Greek Kérylos Villa (now a museum), on your right. One final bend and you’ve reached Beaulieu-sur-Mer beach and Port des Fourmis marina.

Note : fully tarmacked with no steps, this promenade is accessible for pushchairs and wheelchair users. 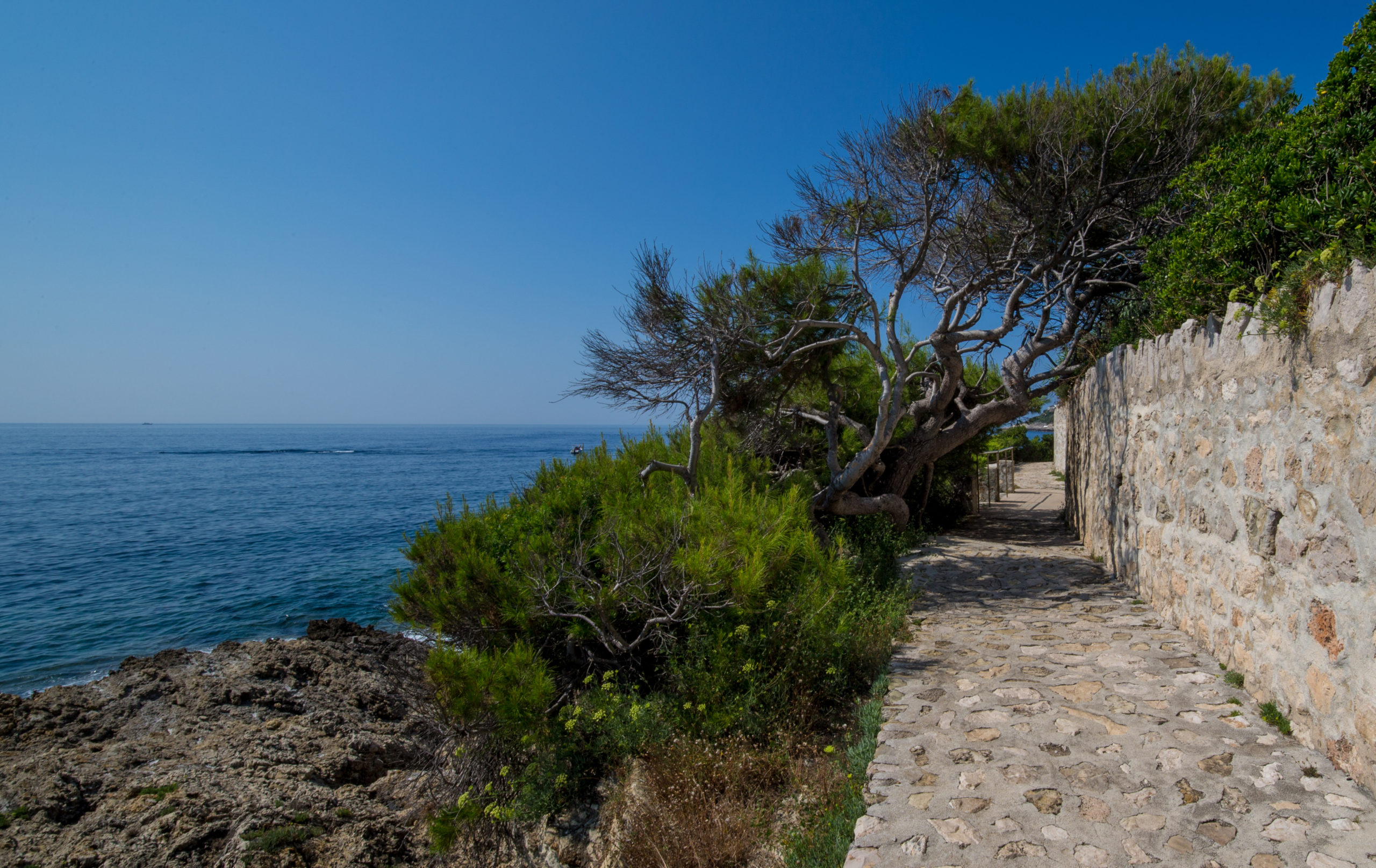 Set out from the Jardin de la Paix along the nature trail where, thanks to 6 observation stations, you’ll be able to discover the rich coastal heritage of this listed site.
Walk along the forest of maritime pines until you reach la pointe du Colombier with its landscape of limestone rocks eroded by sea spray and salt. A little further on, on your left, is the Edmund Davis path leading to the top of the pointe Saint-Hospice (+/- 100 m) where you’ll find the Saint-Hospice chapel*, the bronze statue of the Virgin (1903), the Belgian military cemetery and the cemetery by the sea (allow 20 minutes for the round trip).
Continue your walk until you reach the tip of the peninsula from where you’ll see, on your right, Cap Martin, the Principality of Monaco and even Italy. You’ll eventually reach Anse de la Scaletta (bay), sheltering la Paloma beach, before climbing a flight of steps to rejoin the Saint- Hospice road. Complete the loop by continuing to the Jardin de la Paix (where you’ll find the Coexist fountain).
* the chapel is closed for renovation 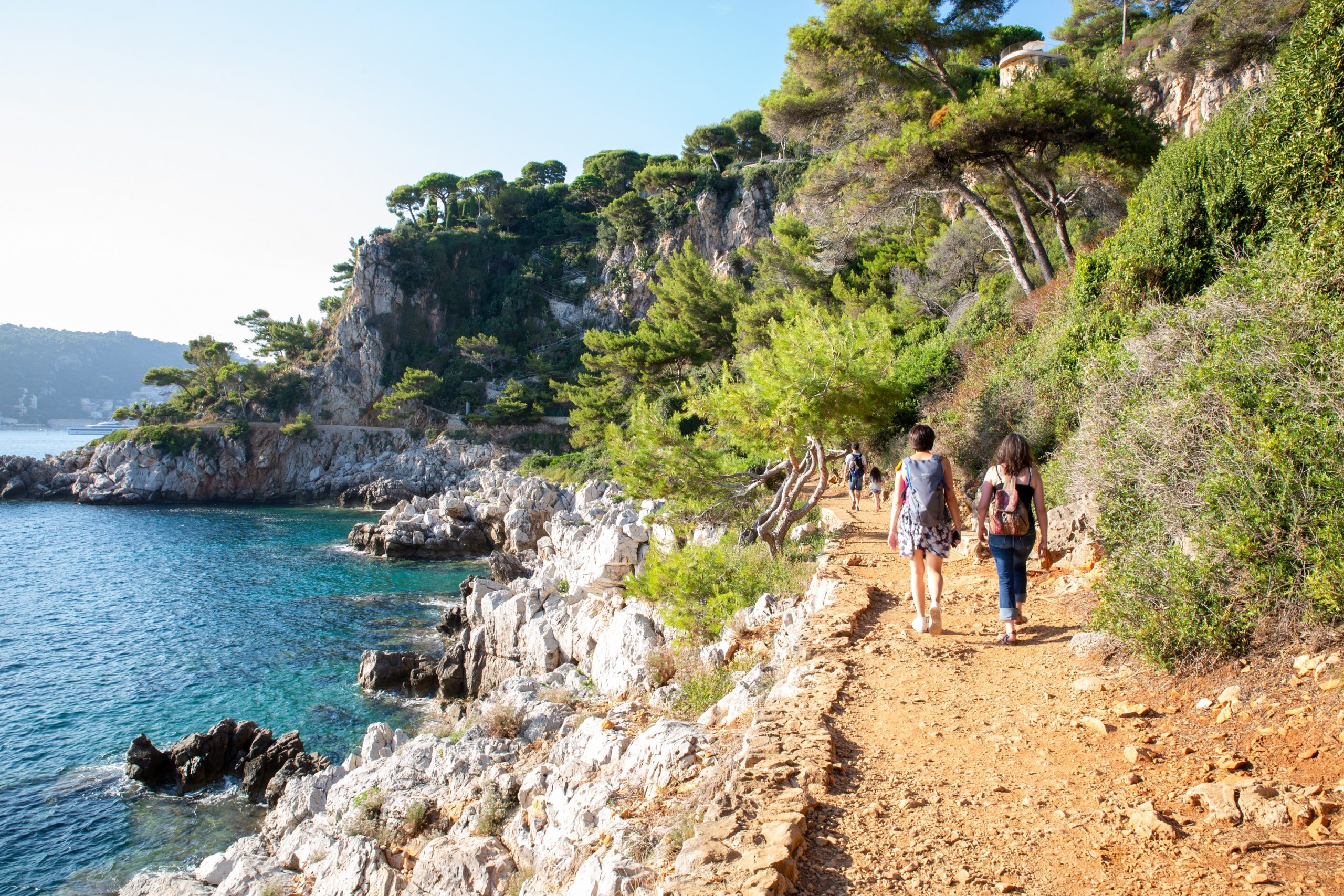 The trail starts on the chemin de la Carrière path, named after the former quarry, from where the stones, used to build the Port of Monaco, were extracted. The path hugs the coastline, passing below the Grand-Hôtel du Cap-Ferrat , a 5-stars Four Seasons Hotel with its mythical pool, before reaching the lighthouse and the Pointe Malalongue headland.
On a clear day, there is a fabulous view across to the Nice headland and the Estérel mountains from the foot of the lighthouse. You’re now on the west side of the peninsula, which boasts a succession of coves, following one after the other, until you reach the steps marking the end of the trail. Turn left and follow the path, along the road, leading to “Le Lido” residence, then cross the car park to reach Passable beach. 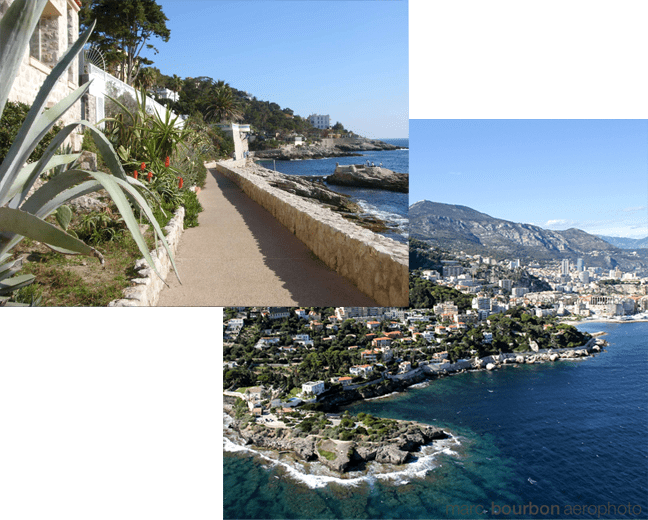 Several hikes of the department are accessible on the website of the "Randoxygène".